I can have Jefferson Parish Second Parish Court, Louisiana traffic ticket arrest warrants and attachments for arrest recalled in the City Courts, Parish Courts and Municipal Courts across Louisiana.

Unpaid Jefferson Parish Second Parish Court traffic tickets and citations don't ever resolve themselves. They only get more complicated, costing you in many ways: money, time, missed work, a suspended license and even arrest. If you have a New Orleans arrest warrant or attachment for your arrest due to an unpaid traffic ticket(s) or citation(s), it is best deal with it immediately before the situation gets more complicated and more costly. Talk with experienced traffic ticket arrest warrant lawyer Paul Massa.

Bench Warrant: If you failed to show up for court, or made a court appearance, but you failed to comply with the orders of the court, then they may have issued a bench warrant. You often have two options: resolve the issue or go to jail.  I always recommend resolution over jail.

Telephone and Internet consultations are always FREE with no obligation.

Some people ask: It's just a Jefferson Parish Second Parish Court traffic ticket arrest warrant, can you really be arrested and taken to jail?

YES – Jefferson Parish Second Parish Court police make an effort to arrest every person with an outstanding traffic warrant in the city. Traffic warrants are real warrants.  If you are identified by a Jefferson Parish Second Parish Court police officer or Louisiana trooper while you have an outstanding traffic warrant you are subject to immediate arrested.  This is true even if your traffic ticket was for something simple like expired license plates, having a light out, or running a red light, or even a computer mistake.

If you have an outstanding Jefferson Parish Second Parish Court traffic arrest warrant that has been reported to DMV, you can not renew your Louisiana driver's license. Let us do what it takes to get your driver's license straightened out.

What happens after the arrest warrant is resolved through our legal services?

If your Jefferson Parish Second Parish Court ticket went into warrant after you have made arrangements with the Court or Court window or clerk, often I can arrange to reinstate the original agreement with additional time to complete the requirements.

Don't Risk Going To Jail!  If you have been contacted by the Jefferson Parish Second Parish Court courts, turn to the traffic ticket warrant attorney Paul Massa for a free consultation of your New Orleans traffic warrant case. I offer services throughout the State of Louisiana.

God bless you and thanks for telling me so soon

Wow, thank you! I hope I behave myself and don't need your assistance, but I will recommend you to anyone...

I greatly appreciate your effort and your patience

Thank you so much for all that you have done for me. I greatly appreciate your effort and your patience....

Mr Massa, Thank you very much for handling this matter for me. I really appreciate your professionalism - it's so...

Mr Massa, Thank you very much for handling this matter for me. I really appreciate your professionalism - it's so refreshing to deal with someone who says exactly what he's going do, and then does it. You have my enduring gratitude.
https://secondjeffersonparishtraffictickets.com/secondjeffersonparishtraffictickets.com/praise/its-so-refreshing-to-deal-with-someone-who-says-exactly-what-hes-going-do/

This is a great result, thank you for everything

Kindest regards, Thank you so much!! This is a great result, thank you for everything.

You saved me so much money and time

Thanks for everything Mr. Massa! You saved me so much money and time since I didn’t have to fly back...

Thanks for everything Mr. Massa! You saved me so much money and time since I didn’t have to fly back just for this. Thanks so much again and I will absolutely refer you to others in case of any legal representation.
https://secondjeffersonparishtraffictickets.com/secondjeffersonparishtraffictickets.com/praise/you-saved-me-so-much-money-and-time/
5.0
5

A correctly submitted form is followed by the "Thank You" page, and confirmed by a message to your email address.

Periodically, during this process check your Spam Box.

"Great news! Thank you Paul. Your efforts are very much appreciated. And thank you for your patience with my anxiety and impatience. I'll put the word out to everyone about your excellent work. SB
Wonderful news! Thanks again and I will most certainly recommend you to friends and family and keep you in the address book :) have a great weekend!!! JM
Thanks Paul, this is good news, I appreciate it, hopefully we hopefully won't have to do business in the future, but if thats the case I will def give you a call. - Rick
Mr. Massa, I just wanted to thank you for your help in this matter. You have been very professional and responsive. The outcome was better that I expected. Best Regards, M.Y.
Good morning Paul. Just a note to let you know that I have received my paid receipt from the Traffic Violations Bureau. Thank you for your expert advice and professional services. Feel free to use me for a reference. Thanks, Ben
Mr. Massa: I want to express my deepest gratitude for all what you did to help me to resolve this issue. I am feeling so relieved knowing the great news and the wonderful job you did. Thank you again for everything! Sincerely, J.S. 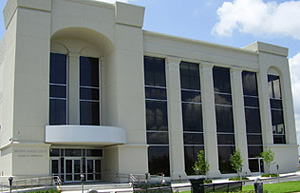